Well this had us stumped, look closely! Might keep you amused for a while?  Hope everyone is fine fit and well, clocks go back next week, extra hour in bed, oh yes! Dark evenings though, not so good! Time to light the fire and open a good bottle of beer, and guess what? You can get some great bottled beer here.  Who has tried our Earls RDA? Has to be a firm favorite in the fridge at home!

So we are going a little thoughtful. Its a strange time of year. Summer is over, things should be a little quieter, but mother nature is creating more work for us with the leaves that need clearing! Lets hope we don’t have too much rain, the sunshine is so much nicer! Winter is not quite here, so lets enjoy the Autumn Sunshine, the amazing views, well we are biased, we do have lots of them here, and enjoy a good pint.  If you need any recommendations, feel free to ask, we are nothing if not knowledgeable about out brews!

Now that would be telling, but too much science does get in the way and I don’t want to bore you. Really if you want to find out the in’s and out’s of brewing I can thoroughly recommend booking in a Brewery tour with our illustrious head Brewer, Chris Coleman.  He is a legend in his own overalls. What he doesn’t know about beer is not worth knowing. you never know, you might get to sample a tipple or two.

A cold lager is refreshing on a summer afternoon, while a hearty porter or stout will warm you up faster than cuddling by a fire on winter’s coldest nights. But beer, a crowd pleaser for all tastes and all seasons, also brings unexpected benefits.

While there are many health benefits of beer, who among us hasn’t rounded down when doctors or nutritionists ask how much we imbibe? The health-conscious avoid the malty beverage due to the high calorie content.  Calorie Counts range from approximately 100 calories in light beers, while an Olde English High Gravity malt-style beer weighs in at 220 calories per serving. A couple of those a day will quickly lead to a beer belly, but don’t take a vow of sobriety just yet! Here are 10 nutritious reasons to raise a glass or bottle to your good health:

Beer is conveniently packaged in a portion-control bottle. It’s easy to limit it to one—or at least keep track of how many you’ve had.

Beer is full of B vitamins from the yeast. Unfiltered beer is especially high in B3, B6 and folic acid (B9). B3 aids in cell repair and B6 eases PMS. Folic acid aids in colon cancer prevention.

Beer contains fiber, which acts as a natural laxative. It also slows the rate at which food leaves your stomach, which means it suppresses appetite. So indulge in a beer, and know you’re preventing overeating.

Multiple studies have shown that beer drinkers had an approximately 30 percent lower risk of type-2 diabetes than test subjects who abstained.

Beer drinking is associated with a reduced risk for gallstones, according to the Mayo Clinic. Gallstones are made up of cholesterol, bile and other things that cause pain in the stomach. No one wants to deal with that.

Hops, the bitter flowers used in brewing, are known to be antimicrobial, which could fight disease.

Muscles benefit from a substance in hops that keeps muscle from deteriorating.

Two brewskis a day could help prevent Alzheimer’s disease, according to a 2007 study at the University of Alcala in Spain. The research suggests a high intake of silicon limits aluminum absorption in the brain, which in turn could aid in the prevention of Alzheimer’s.

Beer could keep bones strong. Researchers at Tufts University found a positive link between beer or wine consumption and hip-bone density. Heavy drinking, however, led to bone loss, according to the same study, so be conservative.

Red wine is often touted as the healthiest alcohol choice, but a Kaiser Permanente study says not so fast. Incidences of heart disease for beer drinkers were lower than for wine or whiskey drinkers.

A brew also has social benefits. A beer can loosen you up a bit for a first date, a family gathering or a networking event. Alcohol can boost courage and chattiness, according to a University of Washington study. However, some people continue to drink because of the perceived expectation that if one is good, a lot is even better. We all know more beer doesn’t make us more charming and attractive. Everyone knows how that story ends.

So, take that teetotalers! Ales and lagers are actually good for you (in moderation). Cheers!

What better way to enjoy the stunning countryside of the Isle of Wight than taking a beer inspired view.  We start, where everyone does, on the water with our Yachtsman’s Ale, a rich brown 4.2%  beer with a subtle complexity of flavours that adds to your experience.  Our fabulous Island has been a popular retreat and landing place for everyone through the ages.  Dating back to the Roman period of the United Kingdom, the Isle of Wight was known as Vectis, (amongst other things) and this is where our Ruby tinted dark brown 4.8% smooth ale, Vecits Venom, has got its name. Whilst cruising around our beautiful Island, you will see hidden coves and beaches where legends and history tell us that many a smuggler landed  and hid their Gold. We have celebrated our infamous past with a Golden 4% brew, Wight Gold. When on land, the rolling countryside will be evident as will the farms and farming community. We are proud to say that our farms contributed heavily through both World Wars and this could not have been carried out without the help of the famers ‘Nipper’, colloquial language for child. Our true session bitter, straw coloured, 3.8%, light and refreshing, would have been a great treat for those hard working farmers.  Defending our honour there are plenty of castles, forts, fortifications and historic buildings. The Knights of the Realm would have been in abundance, and our Wight Knight, with is strong, full of body, amber in colour, 4.5% bitter, would definitely pleased them! Now to the modern day. Our Island is a perfect holiday destination for any time of year. Spring, summer Autumn and Winter. In fact Christmas is a perfect time to experience our superb hotels, b&b’s, restaurants and resorts.  You never know, you might get a ‘Wight Christmas!’ but if not you can enjoy our Wight Christmas. A special festive red/amber brew with a subtle chocolate malt for a great Christmas taste.

To finish off our tour, and to tie in our Royal connections, we have been a popular desitination for our Royal Family from the Victorian age. More recently the Mountbatten side of our Royal Family, Earl Mountbatten of Burma was the last Governor of the Isle of Wight.  In his honour there is a Hospice, which carries out tireless and saintly work, named after him.  We are blessed to be a local company who like to give a little back, so our Pride and Joy is our Earls RDA, 5% rich dark ale, is named in aid of the Hospice, and for every pint sold we donate 10p to them.

So this may have been a whistle stop tour, there really is so much to be discovered on the Island, perhaps you will find a cove with hidden treasure, if not, you can always enjoy a good pint!

What a busy few weeks we have had here at the Brewery, celebrating our amazing win of Best Stout in the United Kingdom, Cowes week, Jack up the 80’s and the Garlic Festival. In the middle of all of this we have been running a few updates to our website, including a new and more streamlined payment method, so to give you a reward for your patience in our business we would like to offer you all a free branded glass with every tray of 12 beers purchased through our webstore. Whats holding you back? Offer lasts until the end of September. Obviously we don’t want to encourage reckless drinking, but if you want half a dozen glasses it might get messy!

Its official, we all knew it but its official now, Earls RDA is the Best Stout in the United Kingdom. Well done to our amazing brewer, Chris Coleman and his team. Now lets crack one open tonight to celebrate!

So Cowes week is nearly over, and what a week. Some great racing, some horrible weather.  This evening the traditional fireworks will be lit, and the weather is set fine. An amazing spectacle for all to see, however we recommend viewing with a pint of good beer in your hand.  As a public service we can direct you to our bar, Ale for Sail, on the waterfront in Cowes.  Better get there early, its selling fast!! Have a great weekend, enjoy. x

We definitely know its here, because Jack up the 80’s is just around the corner. So much to do this summer, but really this is one you don’t want to miss.  Obviously the beer is amazing there, but this year they have moved to Smallbrook Stadium, Ryde, so it makes it easier for anyone who wants to pop over from the mainland. So no excuses, get your leg warmers out, anything neon will do and maybe a little eye liner, for the boys!!!! 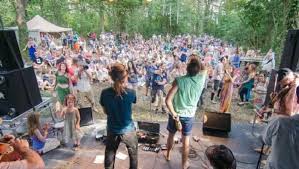 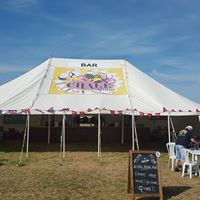 I shouldn’t really be spreading the word, but it is the Islands best kept secret festival. Really is a family weekend full of fun, relaxation and entertainment. The setting is amazing, truly will not find another like it, the people are so friendly, this year the line up is awesome, oh and guess what, the beer there is pretty good too!!  Go on, why not, pack a tent, hop on a ferry and have yourself a great weekend.

You must be 18 years or older to visit this site.